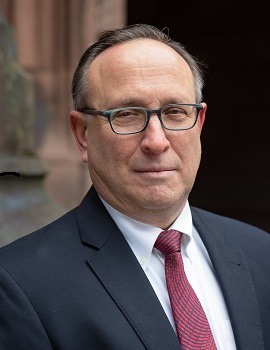 Stuart Lieberman is a founding Shareholder of Lieberman Blecher & Sinkevich P.C. with over 25 years of experience representing individual, business, and governmental clients in all facets of environmental and land use matters. With a primary focus on environmental litigation, Mr. Lieberman has litigated a wide variety of cases through state, federal, and administrative courts. His litigation experience ranges from pre-trial and trial practice in complex litigation, to extensive appellate advocacy. He has argued before the New Jersey Supreme Court on several occasions, including successfully arguing the seminal beach access case in New Jersey, Raleigh Avenue Beach Assoc. v. Atlantis Beach Club, Inc., 185 N.J. 40 (2005), which concerned the application of the public trust doctrine to privately owned beaches.As a former Deputy Attorney General for the State of New Jersey who was assigned to the Environmental Protection Section, Mr. Lieberman also uses his vast experience to assist a wide array of business and individual clients through complex environmental regulatory matters. His primary focus in regulatory representation includes industrial operations, gasoline stations and dry cleaning operations, among other heavily regulated business and land use activities.

In addition, Mr. Lieberman has represented developers and community organizations before planning boards and zoning boards of adjustment in virtually every county in New Jersey. These cases have included site plan, subdivision, and variance approvals and challenges concerning issues relating to steep slopes, storm water design, well-water suitability, septic design, and other issues. Mr. Lieberman has also represented many organizations in cell tower and billboard challenges throughout the state.

Mr. Lieberman has also been at the forefront of toxic tort litigation for over a decade. Along with partner Shari M. Blecher, he participated in one of the first methyl tertiary butyl ether (MTBE), involving over 100 families in Bayville, New Jersey whose wells were contaminated by the now outlawed gasoline additive. Mr. Lieberman also served as co-counsel in the class action litigation concerning mercury contamination at the Kiddie Kollege daycare facility in Gloucester County, New Jersey. Most recently, he was named class counsel representing hundreds of homeowners in Lopatcong, New Jersey concerning alleged faulty radon mitigation systems.

In addition to being a practitioner, Mr. Lieberman is also an accomplished published author and speaker. In 2009, he was presented with the Distinguished Service Award for Excellence in Continuing Legal Education by the New Jersey Institute for Continuing Legal Education for his work in both lecturing and moderating numerous programs throughout his career. He is the co-author of New Jersey Brownfields Law, has written numerous articles in the New Jersey Law Journal and New Jersey Lawyer, and wrote a syndicated environmental column called Environmental Issues Affecting the Home for 11 years. Mr. Lieberman also serves as the Vice Chair of the Board of Consultors for the Real Property, Trust and Estate Law Section of the New Jersey State Bar Association.

Mr. Lieberman was named a Super Lawyer in 2010 and 2011 in the annual list published by Thomson Reuters.* Attorneys such as Mr. Lieberman are chosen to be included on the Super Lawyers list by first being included in an attorney candidate pool and selected after an evaluation by both a third party research committee and peers.

Mr. Lieberman is a member of the Princeton Flood & Storm Water Commission. He also serves as a Board Member of Sustainable Princeton, a 501(c)(3) nonprofit.

*This advertisement has not been approved by the Supreme Court.